“I was doing criminal defense work but primarily high-stakes/ high-cost litigation. I was interested in expanding that part of my practice in which I was representing ordinary citizens who were facing criminal charges brought by and backed by the incredible power and resources of the government. I wanted to help those people fight back. I thought Robb’s and my styles and personalities would complement one another.”

Tom reached out to Robb, with whom he had been friends and colleagues in the Johnson County District Attorney’s office several years earlier; and Bath & Edmonds, P.A. was born. In 1997, Bath & Edmonds, P.A. opened their doors in old downtown Overland Park. Together Tom and Robb began building their firm, earning a reputation for staunchly defending their clients but doing so with integrity and credibility. As their reputation grew, so did their client base. Soon it was time to find a new team member.

“We considered some young lawyers we knew from our Johnson County practice but none seemed to be the right fit. We asked a few—now retired—judges in Wyandotte County for their opinions on the best young trial lawyers they were seeing. Tricia’s name kept coming up at the top of the list. Tom and I met her for lunch and we were impressed not just with her intellect and confidence but with what we could tell would be, and we had heard from judges was, a great courtroom presence.

“What we didn’t know, the sorta added bonus, was how much the addition of Tricia would benefit our motion and appellate practice. As a prosecutor, there’s less opportunity to put that skill set to work. But as a defense attorney having a good motion practice can be a huge difference between us and the other guys. Twenty plus years later, we win cases before we ever get to trial largely because of the written work that Tricia does.” 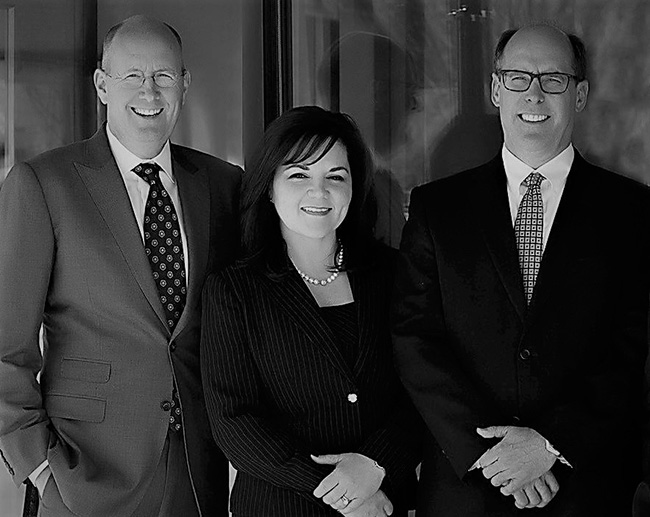 Tricia joined Bath & Edmonds in October of 1999. Together, Tom, Robb and Tricia defended cases throughout the metro area and beyond. They also gave back to the community by taking on court-appointed cases from juvenile court to federal court, including state and federal death penalty cases. In August of 2002, Robin Fowler, who was at the time the criminal supervisor for the United States Attorney’s office in Kansas City, KS, was looking to make a change and contacted Bath & Edmonds.

“I had been a state prosecutor early in my career but had been in the U.S. Attorney’s office for a long time. I was in a position there where I was doing a lot of administrative/supervisory work and I was ready for something different. I had a short list of firms that I had worked against that I could see myself joining. I had handled a federal death penalty case against Tom several years earlier and really respected his work. And I knew Robb and Tricia to be smart and reasonable in how they approached cases as well. I just felt like Bath & Edmonds would be a great place for me.”

With the addition of Robin, Bath and Edmonds’ federal practice was enhanced.

“Tom, Robb and I had all been doing federal work. We had retained clients in federal court and we were all members of the CJA panel, providing defense to federally charged individuals who are indigent. I think we all would have said that we really knew what we were doing in federal court, but none of us was so arrogant that we thought we couldn’t learn from Robin. Robin brought such a depth of federal knowledge and experience. He had literally ‘seen it all’ and that experience helped all of us become better federal practitioners. Meanwhile, we all had a lot of fun teaching this guy who could try a 10-week federal trial in his sleep the ins and outs of things like municipal court telephone harassment cases. A lot of people think we are this silk-stockings firm, but we try a little bit of everything and we all bring our experience of trying all kinds of cases to the table to help the firm’s clients.”

The foursome at Bath & Edmonds spent the next decade continuing to build the practice and to fight for the rights of the accused.

“We pretty regularly get resumes or calls or letters from individuals who are looking to do criminal defense work. For years, we never really considered hiring an intern or a young associate. While we handle cases at all levels, naturally, we do most of our research and writing on some pretty high-level cases. Tricia did almost all of our research and writing and I just wasn’t comfortable entrusting that to someone else, particularly someone who had never tried these kinds of cases. Eventually, the son of a federal magistrate judge turned us on to a law school classmate of his who we hired as an intern. We had a great experience with him, before his life took him to Wichita. But that experience with him helped to open our minds to the idea of hiring a young associate. We hired another young man who was with us briefly before turning to public interest work.”

In April of 2021, Mark Hartman joined Bath & Edmonds from the Kansas Western Regional Public Defender’s office in Garden City, Kansas, where Mark had been heading up the office.

“Tom and I had met Mark a few years prior at a CLE. We found him to be bright and engaging and, importantly, mature beyond his years.  When an associate of ours took a different path and we were looking for someone who we thought could really ‘get it’ and who we thought would be a good fit for the firm, Mark was an easy call.”

“Mark had tried a lot of serious cases despite his age. Because of that he could look at a case and see the big picture. That’s something that we’ve found to be missing from young lawyers who have little trial experience, and it had played a big role in our hesitation to hire young associates in the past. We knew we had to have someone who we could trust to hit the ground running with some pretty serious cases. Mark has exceeded expectations in that regard.”

“Coming from a public defender background, Mark was accustomed to doing his own research and writing. His motion practice is strong and he’s been a big help in taking on some of that work for us.” 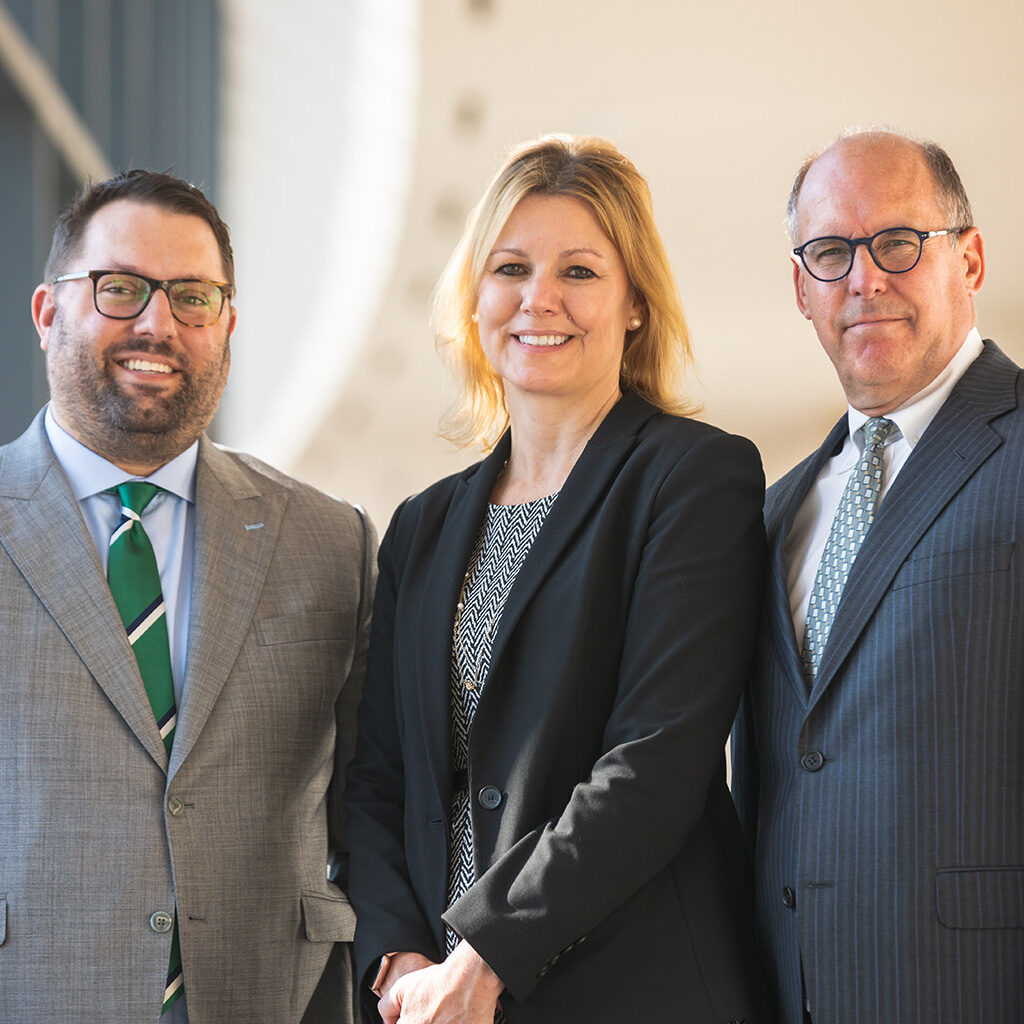 As fate would have it, shortly after Mark joined the firm, Bath & Edmonds was met with an opportunity they couldn’t refuse.

“With the hiring of Mark, we felt like we were where we needed to be. We really weren’t looking to add anyone else. But when we got word that Vanessa was looking to leave the District Attorney’s office, we knew that adding her would be a big move.”

“Vanessa had been, in our opinions, the lead trial lawyer for the D.A.’s office for a long while. Beyond that, we knew her personally and knew her to have a great work ethic and to have an ability to see a case from both sides. As most of us are former prosecutors, we knew the importance of that. You can’t be a lawyer who only sees things through the prosecution lens and expect to be able to just jump into defense work. You have to be someone who has already broadened her mind to understand that not everything is black and white. Vanessa was someone who we knew could look at a case and see both sides and try to work towards a result that did justice for both parties.”

So, within three months, the firm that had largely existed as a fabulous foursome for almost twenty years had two new associates.

“So, I was the new guy for about three months at this firm that is regarded as a true powerhouse firm. Then we added Vanessa, against whom I had not yet had a case but who I knew had been a prosecutor for 20 years. I wasn’t sure what the dynamic would be, but it’s been so great. Every lawyer here values the input and opinion of every other lawyer here regardless of whether they’ve been doing this for five years or thirty-five years.”

“I agree with Mark. I had been doing prosecution for over twenty years but there are certain aspects of doing defense work that are new to me. Everyone here is so open to listening and giving input. You can tell that this is how they’ve been working their cases for a long time and I think it’s a little-known secret to the success of all the lawyers in the firm.”

“The addition of Vanessa has been really good for the firm. On her first day here, she joined Mark, who happened to be starting his first jury trial as a Bath & Edmonds lawyer, and they got a great result. Any trial lawyer will tell you that you really get to see what someone’s made of in that setting. I think there was an instant bond and respect for each other’s ability that formed that week.”

Today, the vision that Tom and Robb had in 1996 is shared and supported by all the members of the firm.

“We started with the notion that the odds do not start out fair for the ordinary citizen who is charged with a crime. We had a vision to change that. The team we have assembled at Bath & Edmonds works hard every day to fulfill that vision and takes pride in putting in the work it takes to get the best possible results our clients.”