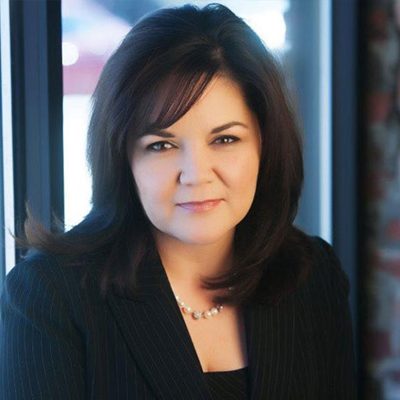 Tricia started her law career as a prosecutor in the Wyandotte County District Attorney’s office.

“I really enjoyed being a prosecutor. Back when I started, there was not a lot of hand-holding. We were thrown right into the fire…and there was no shortage of cases ready to go to jury trial. I loved taking cases to trial. And I put in the work that I needed so that by the time a case got to trial I knew the facts and the law that applied to the case better than anyone else in the room.”

Tricia quickly began handling serious felony cases. She also prosecuted sex offenses, where she learned the science of sexual assault examinations and became comfortable talking about these very intimate kinds of details in front of jury. Tricia tried numerous jury trials, including multiple homicide trials. One such trial was a homicide that had occurred in 1981—when Tricia was in 5th grade.

“The defendant was already doing a life sentence for a murder of which he had been convicted around the time of ‘my’ murder. That one had occurred a few months after the one that I was prosecuting. The prosecutor who had convicted the defendant had become a judge by the time of my trial in 1999. I remember talking with him after my guilty verdict. We both knew that we had done justice—him by taking a bad man off the streets and me by getting answers and closure for the victim’s family who had been waiting for almost two decades to find out what happened to their loved one. That was a very rewarding part of being a prosecutor.”

“I remember Robb coming up to me in the hallway of the courthouse, looking like he had a secret to tell me. He asked me if I’d be interested in interviewing with Bath & Edmonds. I had only had a couple cases with Robb, and I had never even met Tom, but I knew Tom’s and Robb’s reputations and while I had never really given much thought to leaving the D.A.’s office, I recognized what an opportunity this was. I met them for lunch and, as they say, the rest is history.”

“Like anyone who leaves a prosecutor’s office, I caught a lot of (good-natured) grief from fellow prosecutors and from law enforcement for moving to defense work. But I knew criminal law and I had seen first-hand that sometimes cases get charged that are just wrong or that are based on conduct that violates a defendant’s rights. I had tried, of course, to be mindful of that as a prosecutor, but unless there’s a good defense attorney out there fighting for a defendant, sometimes prosecutors and courts don’t get the whole story.”

Tricia’s experience as a prosecutor gave her an intimate understanding of criminal procedure and the rights of the criminal defendant. A gifted writer, Tricia puts this understanding to work in her motion and appellate practice.

“Motion practice is so important. I would put ours up against anyone’s. We start arguing your case long before any potential trial. Some of our biggest wins have come before we ever started arguing the facts of the case. Notable cases like, the ‘Schlitterbahn case’ and many other lower-profile cases have been dismissed on purely legal grounds well in advance of trial because we were aggressive in pursuing pre-trial motions.”

“Even if our motion work doesn’t result in a dismissal, there have been plenty of cases where the groundwork we laid in pre-trial motion practice—suppressing evidence or limiting certain arguments the prosecutor had hoped to make at trial—has resulted in an acquittal.”

“Of course, trial courts don’t always see things our way in the motions stage of a case. In those cases, we know we have to continue to identify and preserve issues through the trial in order to raise them on appeal. When we win on appeal, it’s because we are dogged. If we know we are correct on the law, we don’t give up on our clients.”

Tricia represents clients at all levels of criminal charging, from Municipal Court citations to serious State and Federal allegations against adults and juveniles.

“We handle all kinds of cases. We routinely get calls from clients or other lawyers or even friends who ask for referrals for cases that they think are ‘too small’ for us to want to take on and we have to tell them there’s no such case. Some of my most rewarding cases are for juveniles who are good kids who have hit a, relative to other cases we see, small bump in the road but one they or their parents fear will have consequences beyond what it should. As a mom, it makes me particularly happy to help on those cases and get a kid back on the right path.”

“Of course, we handle the ‘big’ cases too, cases that are life-changing. Those are the kind of cases where we often bring in multiple members of the team. For instance, Tom and I have tried numerous homicides and sexual assault case together. We generally divide up tasks, particularly in cases where there is a lot of forensic science. For example, I’ll take DNA and fingerprints and he’ll take blood spatter and computer forensics. I regularly cross-examine the alleged victim and the medical personnel on sexual assault cases.”

“There’s so much science in the big cases these days that it would be a very daunting task for a solo practitioner to try to cover all of it properly. Plus, we have done enough of these cases that we truly understand the science of, for example, DNA and we know the right questions to ask. It was important to us in adding Mark and Vanessa to the team that we hired lawyers who had experience not just handling these kinds of cases but also taking them to trial. Mark and Vanessa both fit that bill. They’ve handled these kinds of cases. They know how to dig in on the science or the numbers. They know that the details matter and that we need to know them as well as or better than the prosecutor.”

Tricia is among a select group of Kansas lawyers outside the Kansas Death Penalty Defense Unit who have been asked to defend death penalty cases. Tricia’s husband, Tom, and partner, Robb Edmonds are also on that list.

“A lot of lawyers don’t want to touch a death penalty case. The stakes are just too high for them. They don’t want to feel like a client’s life is in their hands. But the reality of criminal defense is that many, maybe even most, of our clients feel like their lives are in our hands. They may be charged with only a misdemeanor, but they worry about the consequences of a conviction on their job; their ability to drive or own a gun; their custody of their children; their professional licenses; their presence in this country. They have to trust that we care about those consequences as much as they do and know what to do to mitigate those consequences.”

Tricia, and all of the attorneys at Bath & Edmonds help their clients fight not just the criminal charge or investigation before them but also any related issues that may stem from their alleged conduct.

“Dealing with collateral consequences of a criminal charge is a part of our practice where I think being part of an experienced team is really important. If I have a client who is, just for example, a firefighter or law enforcement, he or she might be looking at a work-related investigation or an airline pilot charged with a substance abuse violation might look to us to know how this will impact his or her ability to maintain a job, or a doctor here on a work visa might want to know the immigration consequences of a charge. When those situations come up, I can go to my partners and be almost certain that in so many years of practicing criminal law, one of us has encountered a similar situation and knows what to do or is connected to an immigration lawyer or a lawyer who handles cases before the Board of Healing Arts or whatever the case may be.”

Tricia regularly partners with a client’s divorce lawyer to ensure that child-custody rights are not negatively impacted by criminal allegations.

“Unfortunately, we see a pretty high volume of cases where parties are in the midst of a divorce or custody battle, or even worse, they are years past the divorce and are still fighting about custody, and criminal allegations are made. The client ends up fighting on the criminal front, the divorce/custody front, and often fighting some sort of protection order as well. We have found that it helps the client to have us enter our appearance in all of the cases so that there is a common source of information and advice.”

“We don’t really do divorce work, but we certainly partner with divorce lawyers to make sure that our client’s side of the story is being heard. When it comes time to try a collateral matter like a protection from abuse or stalking, because we go to trial more often than most family law practitioners, we are often the ones addressing the court on our client’s behalf. Every one of us is very comfortable in a courtroom, comfortable with the rules of evidence, with examining witnesses, with, literally, standing up and advocating on behalf of our clients—it’s why we do this.”

For the firm’s success, Tricia gives credit to the chemistry between the team members and the shared desire to get results for all the firm’s clients.

“Robb and Robin are like my brothers. We’ve been through a lot together in the last couple decades. We trust each other. The same was true of Tom and me even before we were married. We all know each other’s strengths and weaknesses as well as we know our own. I know that if I’m concerned that I’m taking a position that is too aggressive and I need someone to talk me down a bit, I should run it by Robb or Robin, not Tom. They know if they are looking for advice on good ‘bedside manner’ that I’m probably not the person to ask. We all know Tom is the guy who can envision the consequences of a particular strategy decision before it is made. It’s these relationships that help us be the best we can be. Mark and Vanessa have quickly found their places in the firm, and each has brought something new and beneficial to our team that I think is going to continue to help our clients for a long time to come.” 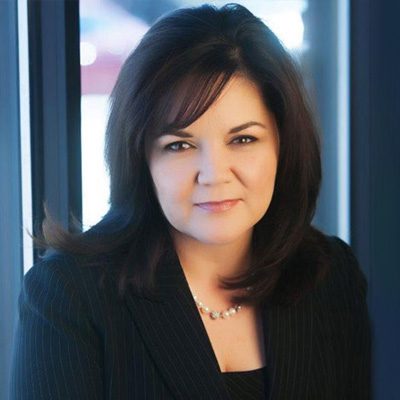